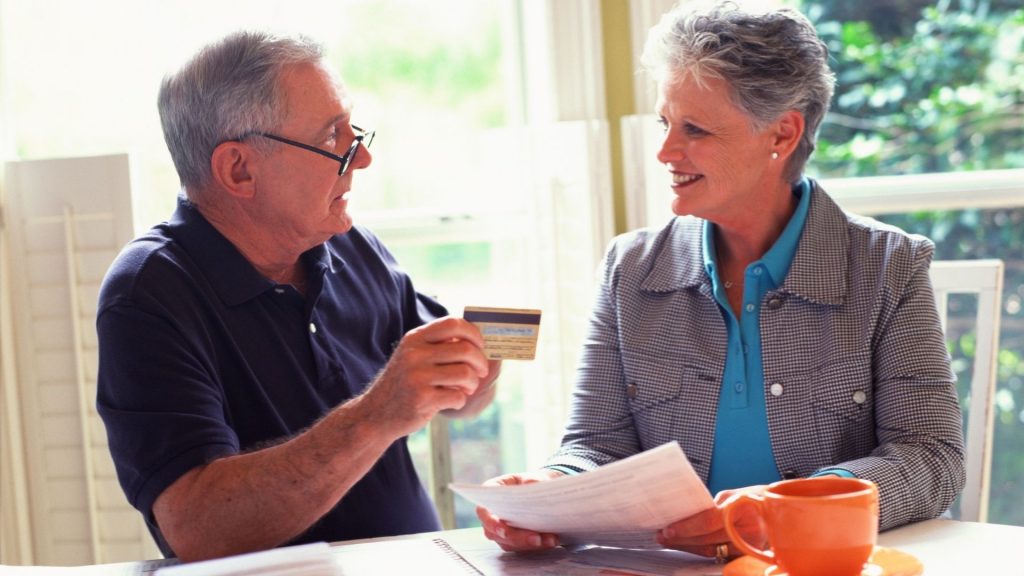 Many Consumer Proposals contain similar conditions, the most notable of which is 60 months of monthly payments. For the vast majority of people needing a Consumer Proposal, this is their best option. However, there are cases where a different method of payment can sometimes be used.

Cathy Lewis is an Estate Administrator with David Sklar and Associates who is both a Certified Insolvency Counsellor and a Certified Insolvency Administrator. With over 15 years of diverse experience, Cathy has worked with clients in all types of financial situations. Her expertise was to prove invaluable when she worked with Michael and Deborah (not their real names), a married couple in their late fifties who were experiencing serious financial issues.

Michael and Deborah owned a small, incorporated consulting company where they were the sole directors and eventually, the only employees. Their company had been prosperous for many years, and had provided them with a nice standard of living. Early in their marriage, Michael and Deborah had decided to not own a home, preferring to rent. This decision had enabled them to build up their RRSPs and stock investments.

Beginning in 2004, their business experienced a turndown. By 2005, they had cashed in all their non-RRSP investments and put the money towards the company. By 2006, they had let go of all their staff and were putting borrowed money into the company to keep it afloat (using their personal credit cards and unsecured personal bank loans). By 2007, they were unable to continue paying their credit cards and loans at the required level – and began to receive collection calls and notices. They sought help from a Credit Counselling Agency, where they were able to set up a repayment plan with their creditors that required them to make monthly payments of $3,000 on their just under $100,000 of unsecured debt.

Within 12 months, although the company was starting to turn around, Michael and Deborah were having difficulty making their payments, and eventually were unable to continue on the plan. At this point, they decided to get help from David Sklar & Associates.

Michael and Deborah met with Cathy Lewis in mid 2009 and reviewed their situation with her. At that point in time they owed:

Since they did not own their home, their car was on a lease with no equity, and their business had no resale value – the only things of worth they had, were $150,000 of RRSPs. However, in July of 2008, the Bankruptcy and Insolvency Act had been amended to protect RRSPs, which meant that Michael and Deborah’s RRSPs were exempt and they therefore, they had no assets that could be distributed in a Bankruptcy.

Note: contributions made to the RRSPs in the 12 months prior to filing can be ‘clawed back’ and made part of the bankruptcy estate. However, Michael and Deborah had not made contributions for several years.

After reviewing all the facts, Cathy Lewis introduced an alternative: cashing in some of their RRSPs and filing a Consumer Proposal that offered to pay creditors a portion of the outstanding debt in two lump sum payments over a period of seven months. This seven-month period would enable Michael and Deborah to cash in RRSPs over two tax years.

While this solution would significantly reduce the amount of their RRSPs, both Michael and Deborah felt that they could no longer deal with the pressure of ongoing collection efforts. As well, this decision would enable them to pay back over 50% of their debt, and keep their business going. After discussing it with the Trustee, they decided to go ahead with the lump sums Proposal.

DSAI filed their Consumer Proposal and presented it to their creditors. It was accepted, and all collection efforts stopped immediately. Michael and Deborah made both of the payments in full and on time, completed all the terms of their Proposal, including attending Credit Counselling – and their Proposal was finished within seven months.

While Michael and Deborah’s case is unique and would not be possible for most of the people who file for a Consumer Proposal, it shows the flexibility and fairness of the Bankruptcy and Insolvency Act. The creditors received far more than they would have in a bankruptcy and Michael and Deborah were able to earn a ‘fresh start’ and keep their sole source of income – their business, running.

David Sklar & Associates Inc.
5.0
Based on 752 reviews
David Sklar & Associates Inc. – Consumer Proposals & Licensed Insolvency Trustees
5.0
Based on 752 reviews
Great experience i was in financial trouble and someone of my friends recommended this company. Cori is a wonderful and welcoming person she did a very good job and came up with a smooth and flexible monthly payment after the reduction. i highly recommend this company. Thank you David sklar and special thanks to Cori.❤️🙏🏻
Jasmine Joseph
22:08 13 Jan 23
Met up with Mr. Jason Sklar to discuss more in person, very thorough and clear. He is very kind and thoughtful, I will be referring anyone with the same situation to David Sklar & Associates.
Ariel Domingo
02:33 29 Dec 22
I was a reck talking yo Jason Sklar was easy comfortable he explained everything and put my mind at ease I would recommend the team od sklar to everyone. I have already talked to my ci workers about them
kevin mcweeney
01:13 22 Dec 22
The team at David Sklar & Associates is fantastic.I worked with Jerry whom not only made - what seemed like intimidating process to initiate at first - comfortable.He made everything transparent and took the time to explain the process every step of the way.He was kind, attentive, and professional. Everything was made straightforward and stress free and we found a solution together that worked.Thanks to Jerry and the team.
Jordie Angiolillo
18:22 21 Dec 22
From day one till the end which is today😁 DavidSklar gave me a 5star service and treatment. And I will 100% recommend him and his Associates. This is the best Christmas present ever! Thank you David! More business to come! Merry Christmas and a Happy New Year!!!
barbee diaz
16:37 16 Dec 22
I FOUND DAVID SKLAR & ASSOCIATES BY GOOGLING "BANKRUPTCY" (EARLY NOV. 2021). ON NOV.4, 2021 I HAD A MEETING WITH CORI NARON AT HER OFFICE AT ST CLAIR ANDBATHURST. HER POSITIVE APPROACH TURNED ASTRESSFUL SITUATION INTO A STEP BY STEP UNDERSTANDABLE PROCESSON SEPT. 23, 2022 I OBTAINED MY AUTOMATICDISCHARGE FROM BANKRUPTCY AND MY CERTIFICATE OFDISCHARGE.THANK YOU CORIBRUCE BURGESS
bruce burg
21:35 02 Dec 22
Jerry was wonderful and provided superb service. He is very knowledgeable, trustworthy, and made an intimidating and shame filled time in my life stress free. I hesitated for a long time to take the next step, but Jerry answered all questions, was patient and made the process effortless. I am eternally grateful, and highly recommend Jerry’s services.
M J
18:41 01 Dec 22
Jerry was professional and was easy to deal with
Debbie Asquith
00:09 29 Nov 22
I was quite nervous and a little embarrassed that I needed financial advice. I met with Jerry Janiec and he was very helpful. He made me feel comfortable and explained everything in easy to understand terms so that I understood what my options were. I would recommend David Sklar & Associates for anyone in my position.
Melissa Blackburn
19:53 17 Nov 22
I was fortunate enough to be referred to David Sklar & Associates Inc. by a family member. Now in the10th month of a Consumer Proposal process, I am very impressed with the organization, professionalism and impeccable customer representation that I have experienced. To this effect, I amparticularly thankful to Jerry Janiec and Rhoda Lewis for their excellent work.
Suzanna Vaclavik
12:21 16 Nov 22
PrevPrevious PostMark: Division 1 Proposal for a Small Business
Next PostCarol: Student Loan Debt Bankruptcy or Consumer Proposal?Next