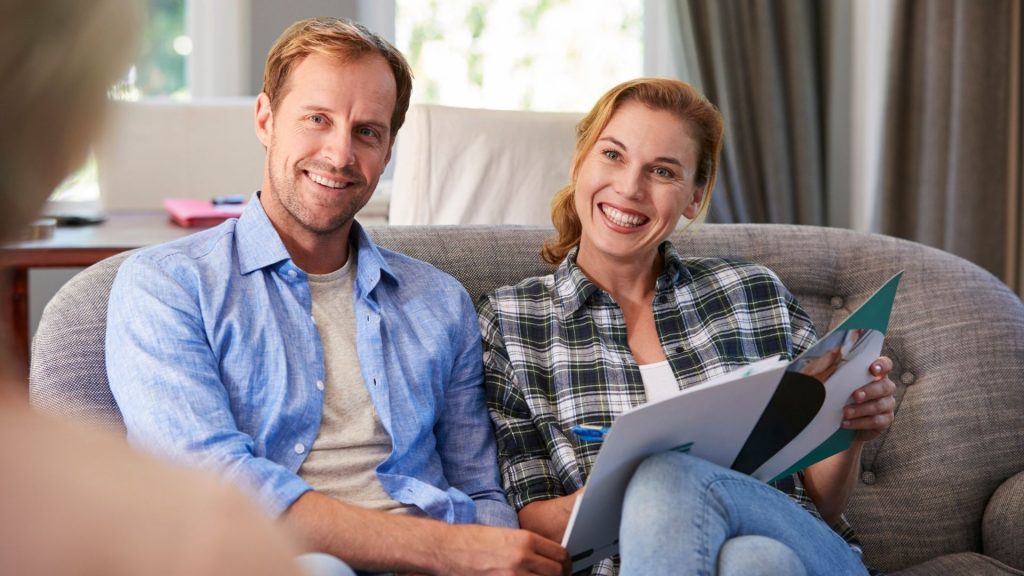 ‘Bill & Susan’ a Division I Proposal:
Debt Management – More Than a Balancing Act

Bill and Susan E. (not their real names) were a married couple in the Greater Toronto Area whose bad luck and lack of debt management skills had put their family’s dreams in jeopardy. When they first came to David Sklar & Associates Inc they were in their late forties with one child in university, and another in his final year of high school.

Successful in their careers, Bill was an Administration Manager and Susan was a Social Worker. Their combined incomes were over $130,000 per year.

As Bill put it, worry was keeping them both awake at night. They were afraid to answer their phone for fear it was another collector, afraid to open their mail, and afraid that their lives would never be ok again.

Two years before coming to DSAI, Bill’s company had closed down and Bill had lost his job. It took over 18 months before Bill found a comparable job. During those 18 months, the balancing act that had been their debt management plan, tumbled out of control.

Several years before losing his job, Bill and Susan had purchased an older home in the Greater Toronto Area that needed a lot of repair. They had planned on doing much of the work themselves and making a profit when the work was complete. They purchased their home with a 95% mortgage. As the home increased in value – they took out home equity loans to pay for renovations and to pay down some of their debt. At the time Bill lost his job, it was clear to them that the remaining work to be done on the house was beyond their capabilities and finances – so they decided to sell their home. The sale of their home netted them only $12,000 which they used to pay off some of their credit card debt.

One of Susan’s and Bill’s dreams for their family was that both of their children would go to university. To that end, they were trying to pay for all the costs of university to spare their oldest the need to take out loans or get a part-time job. Although their children suspected something was wrong, Susan and Bill were able to hide the harsh reality of their finances.

Years earlier, Bill and Susan had impulsively purchased a holiday time share. Even before Bill lost his job, they had realized that they were not making full use of the time share, but they had kept it in case things changed.

During their initial consultation at David Sklar & Associates, Bill and Susan laid out their financial situation with their Estate Administrator, Cori Naron. Cori discussed their options with them and they decided to file a Division I Proposal.

Cori worked with Susan and Bill to draw up a Proposal that would be acceptable to their unsecured creditors and doable for Susan and Bill. This meant that they had to review current income and expenses, set up a budget, and identify areas where costs could be reduced. After speaking with Cori, they decided to let go of the time share as well as reduce car, phone and other expenses.

Once the Proposal was filed, collection calls and notices stopped.

The Proposal was accepted by the unsecured creditors. It set up a 60 month repayment plan of $800/month – with the creditors’ total payout equaling substantially less than the actual debt. DSAI fees were included in the $800/month. The monthly payments were made to DSAI who handled the disbursement to the creditors.

60 days after their initial consultation at DSAI, Susan and Bill returned for their first financial counselling session with Cori. At this point in the process, they were visibly relieved. Without the stress of collectors and knowing they were working toward a definite goal, they were sleeping better and feeling hopeful. They had also sat down with their children and explained what was happening. Their children immediately stepped up and took full responsibility for their own current and future university costs – taking out loans, getting part-time jobs and helping to reduce expenses for their parents. This event proved to be one of the their most positive family experiences, drawing everyone closer together, teaching the children the need to manage debt, and showing them all what could be done when they worked together.

Bill and Susan successfully completed their 60 month Proposal and were released from their unsecured debt. Both of their children graduated from university. With their new-found skills in debt management, Bill and Susan were better able to prepare for their retirement – and continue to sleep well at night.

David Sklar & Associates Inc.
5.0
Based on 752 reviews
David Sklar & Associates Inc. – Consumer Proposals & Licensed Insolvency Trustees
5.0
Based on 752 reviews
Great experience i was in financial trouble and someone of my friends recommended this company. Cori is a wonderful and welcoming person she did a very good job and came up with a smooth and flexible monthly payment after the reduction. i highly recommend this company. Thank you David sklar and special thanks to Cori.❤️🙏🏻
Jasmine Joseph
22:08 13 Jan 23
Met up with Mr. Jason Sklar to discuss more in person, very thorough and clear. He is very kind and thoughtful, I will be referring anyone with the same situation to David Sklar & Associates.
Ariel Domingo
02:33 29 Dec 22
I was a reck talking yo Jason Sklar was easy comfortable he explained everything and put my mind at ease I would recommend the team od sklar to everyone. I have already talked to my ci workers about them
kevin mcweeney
01:13 22 Dec 22
The team at David Sklar & Associates is fantastic.I worked with Jerry whom not only made - what seemed like intimidating process to initiate at first - comfortable.He made everything transparent and took the time to explain the process every step of the way.He was kind, attentive, and professional. Everything was made straightforward and stress free and we found a solution together that worked.Thanks to Jerry and the team.
Jordie Angiolillo
18:22 21 Dec 22
From day one till the end which is today😁 DavidSklar gave me a 5star service and treatment. And I will 100% recommend him and his Associates. This is the best Christmas present ever! Thank you David! More business to come! Merry Christmas and a Happy New Year!!!
barbee diaz
16:37 16 Dec 22
I FOUND DAVID SKLAR & ASSOCIATES BY GOOGLING "BANKRUPTCY" (EARLY NOV. 2021). ON NOV.4, 2021 I HAD A MEETING WITH CORI NARON AT HER OFFICE AT ST CLAIR ANDBATHURST. HER POSITIVE APPROACH TURNED ASTRESSFUL SITUATION INTO A STEP BY STEP UNDERSTANDABLE PROCESSON SEPT. 23, 2022 I OBTAINED MY AUTOMATICDISCHARGE FROM BANKRUPTCY AND MY CERTIFICATE OFDISCHARGE.THANK YOU CORIBRUCE BURGESS
bruce burg
21:35 02 Dec 22
Jerry was wonderful and provided superb service. He is very knowledgeable, trustworthy, and made an intimidating and shame filled time in my life stress free. I hesitated for a long time to take the next step, but Jerry answered all questions, was patient and made the process effortless. I am eternally grateful, and highly recommend Jerry’s services.
M J
18:41 01 Dec 22
Jerry was professional and was easy to deal with
Debbie Asquith
00:09 29 Nov 22
I was quite nervous and a little embarrassed that I needed financial advice. I met with Jerry Janiec and he was very helpful. He made me feel comfortable and explained everything in easy to understand terms so that I understood what my options were. I would recommend David Sklar & Associates for anyone in my position.
Melissa Blackburn
19:53 17 Nov 22
I was fortunate enough to be referred to David Sklar & Associates Inc. by a family member. Now in the10th month of a Consumer Proposal process, I am very impressed with the organization, professionalism and impeccable customer representation that I have experienced. To this effect, I amparticularly thankful to Jerry Janiec and Rhoda Lewis for their excellent work.
Suzanna Vaclavik
12:21 16 Nov 22
PrevPrevious PostDavid & Sylvia: Overcoming Bankruptcy
Next PostAmanda: Personal Bankruptcy at 21Next