Jessica: Consumer Proposal for a Professional 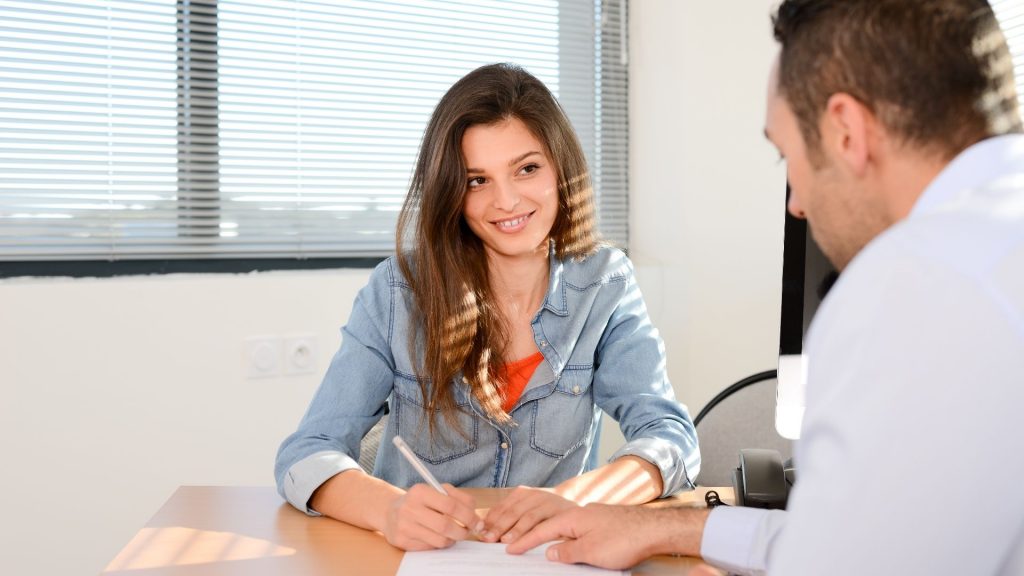 ‘Jessica’ a Case History: Consumer Proposal for a Professional

When she first contacted David Sklar & Associates, Jessica (not her real name) was a single, 28 year old, Toronto professional – whose career and future was threatened by her out-of-control personal finances.

At work, Jessica performed well and her income increased to $25,000 per year. However, her personal finances were a mess – she missed payments and she began to receive collection calls at work. Jessica’s manager spoke to her about the collection calls. He advised her that having out-of-control personal finances would lead others to question her ability to manage business finances.

Desperate to fix the problem, Jessica approached her bank for a consolidation loan but was turned down. When she spoke with the credit card companies, they would not negotiate with her. She called her brother for a loan, but he suggested that she speak with a Licensed Bankruptcy Trustee instead.

A Bankruptcy would make Jessica unemployable in her chosen field. Worried that she might not be able to continue in her profession, but not knowing what else to do, she took her brother’s advice and called David Sklar & Associates Inc (DSAI) for an appointment.

At her initial consultation with DSAI, Jessica carefully reviewed her financial situation with Estate Administrator, Jason Sklar – the highlights of which were:

When Jason discussed all of her options, Jessica was relieved to find out that a Consumer Proposal would:

Working with Jessica, Jason prepared her Consumer Proposal, which DSAI then registered with the Office of the Superintendent of Bankruptcy; presented the terms to her creditors; and received creditor acceptance.

Jessica’s Proposal was to run for 60 months, during which time she would pay $275/month to DSAI, who would distribute the payment in accordance with the Proposal. At the end of the 60 months, if Jessica honoured the agreement, she would be freed of the debts covered by the Proposal (excluding the Student Loans*).

Although Jessica was familiar with business budgets, and had toyed with personal budgets in the past – she discovered that the process of creating a realistic and liveable budget with Jason, enabled her to understand how she could succeed.

It should be noted that attending two financial counselling sessions are a mandatory requirement in the administration of a consumer proposal.

During her initial credit counselling session, Jessica announced that she had become engaged but was worried that her spending issues might mean problems in the future. Jason suggested the couple create an extremely-limited budget for their wedding and stick to it. Past experience had shown Jason that couples who began their marriage in a financially responsible way and continued to keep a family budget, stood a better chance of financial success.

Although Jason did not receive an invitation to Jessica’s very small and budget-wise wedding – he heard all about it at their next credit counselling session. During that meeting, Jessica also shared details on the family budget her and her new husband had set up and were following.

At the end of 60 months, having honoured all the terms of her Proposal, Jessica was released from the unsecured debt covered by the Proposal (except the Student Loans*). She and her husband were then able to move on to the next phase of their marriage – confident in their ability to manage their finances.

*Due to the unique legal nature of Student Loans and the specifics of Jessica’s case – while the Student Loans would receive a portion of the $275 monthly payments, at the end of the Proposal, Jessica would still be required to pay back the balance owing on the Student Loans after any dividends they had received during the term.

David Sklar & Associates Inc.
5.0
Based on 752 reviews
David Sklar & Associates Inc. – Consumer Proposals & Licensed Insolvency Trustees
5.0
Based on 752 reviews
Great experience i was in financial trouble and someone of my friends recommended this company. Cori is a wonderful and welcoming person she did a very good job and came up with a smooth and flexible monthly payment after the reduction. i highly recommend this company. Thank you David sklar and special thanks to Cori.❤️🙏🏻
Jasmine Joseph
22:08 13 Jan 23
Met up with Mr. Jason Sklar to discuss more in person, very thorough and clear. He is very kind and thoughtful, I will be referring anyone with the same situation to David Sklar & Associates.
Ariel Domingo
02:33 29 Dec 22
I was a reck talking yo Jason Sklar was easy comfortable he explained everything and put my mind at ease I would recommend the team od sklar to everyone. I have already talked to my ci workers about them
kevin mcweeney
01:13 22 Dec 22
The team at David Sklar & Associates is fantastic.I worked with Jerry whom not only made - what seemed like intimidating process to initiate at first - comfortable.He made everything transparent and took the time to explain the process every step of the way.He was kind, attentive, and professional. Everything was made straightforward and stress free and we found a solution together that worked.Thanks to Jerry and the team.
Jordie Angiolillo
18:22 21 Dec 22
From day one till the end which is today😁 DavidSklar gave me a 5star service and treatment. And I will 100% recommend him and his Associates. This is the best Christmas present ever! Thank you David! More business to come! Merry Christmas and a Happy New Year!!!
barbee diaz
16:37 16 Dec 22
I FOUND DAVID SKLAR & ASSOCIATES BY GOOGLING "BANKRUPTCY" (EARLY NOV. 2021). ON NOV.4, 2021 I HAD A MEETING WITH CORI NARON AT HER OFFICE AT ST CLAIR ANDBATHURST. HER POSITIVE APPROACH TURNED ASTRESSFUL SITUATION INTO A STEP BY STEP UNDERSTANDABLE PROCESSON SEPT. 23, 2022 I OBTAINED MY AUTOMATICDISCHARGE FROM BANKRUPTCY AND MY CERTIFICATE OFDISCHARGE.THANK YOU CORIBRUCE BURGESS
bruce burg
21:35 02 Dec 22
Jerry was wonderful and provided superb service. He is very knowledgeable, trustworthy, and made an intimidating and shame filled time in my life stress free. I hesitated for a long time to take the next step, but Jerry answered all questions, was patient and made the process effortless. I am eternally grateful, and highly recommend Jerry’s services.
M J
18:41 01 Dec 22
Jerry was professional and was easy to deal with
Debbie Asquith
00:09 29 Nov 22
I was quite nervous and a little embarrassed that I needed financial advice. I met with Jerry Janiec and he was very helpful. He made me feel comfortable and explained everything in easy to understand terms so that I understood what my options were. I would recommend David Sklar & Associates for anyone in my position.
Melissa Blackburn
19:53 17 Nov 22
I was fortunate enough to be referred to David Sklar & Associates Inc. by a family member. Now in the10th month of a Consumer Proposal process, I am very impressed with the organization, professionalism and impeccable customer representation that I have experienced. To this effect, I amparticularly thankful to Jerry Janiec and Rhoda Lewis for their excellent work.
Suzanna Vaclavik
12:21 16 Nov 22
PrevPrevious PostKelly: Filing for Bankruptcy after Marriage
Next PostRussell: Overcoming Gambling DebtNext