What Seniors Need to Know About CERB and Other Benefits 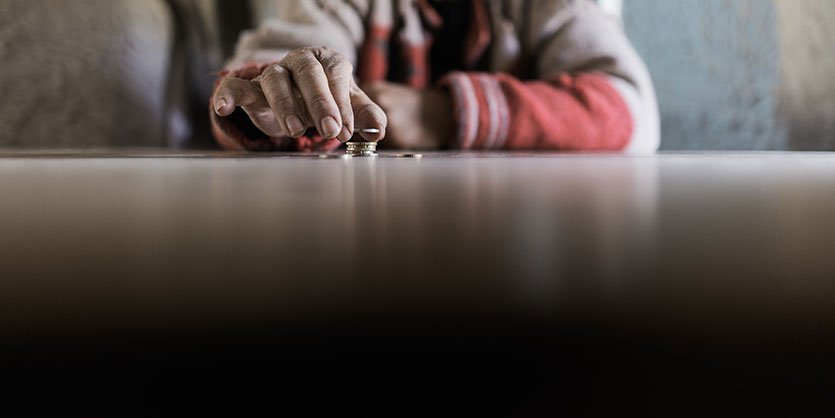 When much of Canada entered COVID-19 lockdowns in the early part of 2020, the federal government rapidly launched the Canada Emergency Response Benefit (CERB). The benefit proved to be an invaluable lifeline for millions of Canadians who were suddenly not working or had their hours drastically reduced.

Workers across industries were hit by lockdowns and reduced business. Between March 15 and September 26, 2020, 35% of eligible Canadians had received at least one CERB payment. By October 2020, the government wound down CERB but continued to provide support through Employment Insurance and the Canada Recovery Benefit (CRB), which was designed to help those who didn’t qualify for EI payments.

In the rush to get support to as many people as possible, applications were accepted without review. There was also considerable confusion about specifics and rules, which meant some Canadians, especially seniors, later learned that they would have to repay CERB or that other benefits would be affected.

The result has seen many seniors struggling with CERB repayment, lost GIS benefits, and other unanticipated consequences. Low-income and working seniors suddenly found that they couldn’t rely on the money they had budgeted for, with many now left facing eviction, tax debt, and lost income.

If you’re a senior facing money troubles because of CERB repayment or other issues, give us a call for a free consultation. You have a unique financial position as a senior. In a free consultation, a Licensed Insolvency Trustee will evaluate that situation and find a solution.

For low-income seniors, the Guaranteed Income Supplement is an essential boost to their income that can help them pay for rent and necessities. The exact amount of the payments depends on situation and income, but GIS provides critical financial support to low-income seniors, supplementing pension payments and employment income to help seniors maintain their standard of living.

In order to qualify for GIS, single seniors must earn less than $18,984, while there are also household income thresholds for those living with their spouse or common-law partner, depending on whether they receive an Old Age Security pension.

Unfortunately, some seniors who applied for CERB because their full- or part-time work had been affected found out too late that CERB payments counted as taxable earnings, and therefore CERB disqualified them from GIS payments.

Confusion About CERB and Benefits

Even more confusing, there have been accusations that CERB’s impact on seniors’ eligibility for other income supports depends on which of the two streams they applied through. Before CERB became the Canada Recovery Benefit (CRB), there were two avenues that Canadians could use to apply: Service Canada, which handles Employment Insurance, and the Canada Revenue Agency (CRA). There are concerns that applicants who collected CERB through the EI system were able to exclude the benefit from their income, while those who collected through the CRA had to include it.

There have also been concerns that in the rush to make CERB as widely accessible as possible, too much information was withheld from applicants who didn’t understand the ramifications of applying. The result has been lost entitlements and seniors with low or fixed incomes having to repay CERB or losing their Guaranteed Income Supplements.

How Seniors Can Deal with Debt

As a senior, being in debt can be much more problematic than when you’re younger and working full-time. Your earning capacity is much smaller – if it exists at all. One in five Canadian seniors over the age of 65 continue to work, but the majority work part-time and most only intend on delaying retirement by up to five years, according to census findings.

That leaves seniors with less income overall to pay for debt, leaving them to rely on all-important retirement savings. However, draining your savings to pay off debt can leave you worse off, especially if most of your assets are exempt from bankruptcy proceedings. Depending on how deeply in debt you are, you may want to consider debt relief options for seniors that can discharge your debts without draining your savings.

There are many ways seniors can wind up in debt after the age of 65. Health issues can cut your income-earning years earlier than you expected. You may not have as much saved up for retirement as you need because of long periods of unemployment. Even if your employment has gone according to plan, upgrading your home or buying a vacation property later in life can leave you retiring with mortgage debt.

The biggest threat to your retirement is losing your pension. Fortunately, government funds such as CPP, GIS, and OAS are protected from most creditors. Only the CRA can garnish CPP payments.

If you are still employed, creditors can garnish your wages, which can further delay your retirement and impact your budget plan. Having your wages garnished takes your finances out of your control. If the stress of creditors or collection callers is getting to you, you can give us a call for help.

As a senior, your financial situation is not the same as someone in the midst of their working years. Your next steps depend on how much you owe, how stressed out you feel dealing with creditors, and what kind of assets and savings you have. You need a personalized approach to your debt situation.

The Canada Recovery Benefit comes to an end on October 23, 2021. With the end of the program, this is the last CERB update you should expect, barring an unexpected extension of the program.

While seniors may find themselves in a difficult position if they’re facing GIS clawbacks or taxes owed, the Canadian government is rolling out new supports. In announcing their 2021 budget, the federal government committed to a number of additional financial supports for seniors. These include a one-time $500 payment to older seniors who were born on or before June 30, 1947. The payment will be sent out automatically to those eligible, without any need to apply. The benefit recognizes that older seniors often face higher costs for health and home care and are more likely to have disabilities and be unable to work.

In July 2021, OAS payments automatically increased by slightly less than $100 a month. GIS will also be adjusted to inflation. In addition to the one-time $500 payment and inflation adjustments, the federal government is also implementing a 10% increase to OAS payments starting July 2022 for seniors age 75 and over, worth an additional $766 a year for full-pensioners.

The increases reflect a growing senior population and the fact that the large majority of OAS pensioners are low- to medium-income. Among OAS pensioners, 84% earn less than $50,000 individually.

The implications of CERB and tax season can be tough for low-income seniors. CERB was always a taxable benefit rather than income that was taxed at the source like EI payments. It was always up to individuals to set aside a portion of the benefit that they would repay come tax time.

Unfortunately, individuals whose jobs were interrupted by the pandemic or who couldn’t go back to work due to health and safety concerns had to make tough decisions. Many either didn’t know that CERB payments were taxable, or they weren’t able to put the money aside.

If the past tax season has left you with a CRA bill that you can’t afford to pay, one of the first steps you should take is reaching out to the CRA to clarify how much you will have to repay and work out a payment arrangement. The CRA is often cooperative about creating a payment plan, and they may work with individuals facing hardship on a case-by-case basis.

The problem can be more complicated if other debts are involved, and in that case, you may want to consider debt counselling services that can help you sort out your finances. Some seniors may not be able to afford repayment plans, depending on how much they owe.

Talk to debt professionals if you’re worried that you don’t have enough to repay the CRA. The CRA has much broader collection powers than other creditors, to the point that they can garnish your Canada Pension Plan and Old Age Security pension. You can wind up in a tight financial position if the CRA garnishes your pension payments. However, you can file bankruptcy on tax debt to the CRA.

Although CERB worked well for many, helping to keep them financially afloat through tough times, it has also left many with ongoing financial consequences. Whether you’re facing CERB repayments or you’ve lost GIS payments, get in touch with us, and we can review your financial situation. Licensed Insolvency Trustees will help you manage your financial situation and deal with debt that’s gotten out of control.

762 Reviews
PrevPrevious PostUnderstanding Financial Planning: From Debt to Saving for Your Dreams
Next PostEverything You Need to Know About the Canada Worker Lockdown BenefitNext

What Is a Trigger Rate – and How Does It Impact Your Mortgage?

Your Guide to Bad Credit Car Loans in Canada