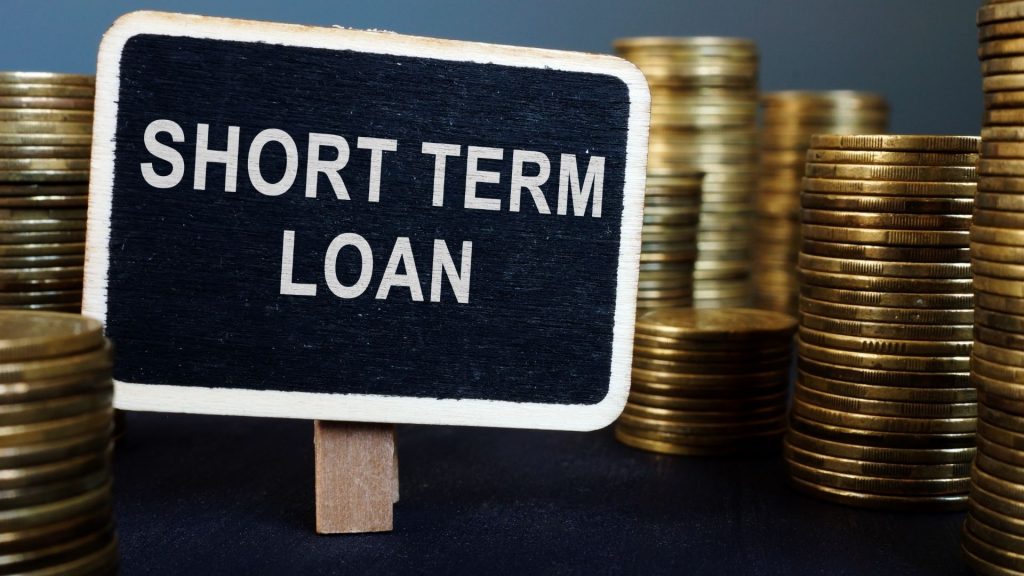 Ever wondered what happened to ‘loan sharks’. You know, those shady guys that people would borrow a few dollars from and end up owing twice the amount in a very short time?

Most of them got squeezed out by short-term loan companies.

Whatever the flavour – the interest rates charged are scary high – and can lead to a dependence on short-term loans. Repayment of these high-interest loans usually means that there is less money left to deal with the next emergency which leads to taking out more loans.

The good news is, they don’t use guys threatening to break your legs to get their money back – the bad news is they use collection agents.

But I NEED a Short-Term Loan

When people are desperate enough to use a short-term loan company – they don’t usually care that they will be paying the equivalent of 200% or 300% or even higher annual rates. They are focused on the need and not worried about ‘down the road’.

We get it. And if you only ever use these short-term companies once or twice, it is not the end of the world. But what we are seeing are increasing numbers of people with multiple, unpaid short-term loans who have been put through the wringer by collection agents and are at the breaking point.

No Way Out? Way

Of course there is a way out and usually multiple ways out – lets examine some:

Are you noticing a common theme here? Cutting expenses and increasing income to get your finances in order. It can be hard to do, but ultimately it is a rewarding way to take control of your finances.

Too Low an Income?

We all know that lower-income people are the main target of short-term debt companies.

But just because you are a target does not mean you cannot be in control of your own finances.

There are many people on low incomes who are not in debt, not getting collection calls, and enjoying their lives.

You Are Responsible for Your Own Finances

Don’t be a victim – take control of your finances – and get on with living your life.

David Sklar & Associates Inc.
5.0
Based on 773 reviews
David Sklar & Associates Inc. – Consumer Proposals & Licensed Insolvency Trustees
5.0
Based on 773 reviews
I was quite nervous and a little embarrassed that I needed financial advice. I met with Jerry Janiec and he was very helpful. He made me feel comfortable and explained everything in easy to understand terms so that I understood what my options were. I would recommend David Sklar & Associates for anyone in my position.
Melissa Blackburn
19:53 17 Nov 22
I was fortunate enough to be referred to David Sklar & Associates Inc. by a family member. Now in the10th month of a Consumer Proposal process, I am very impressed with the organization, professionalism and impeccable customer representation that I have experienced. To this effect, I amparticularly thankful to Jerry Janiec and Rhoda Lewis for their excellent work.
Suzanna Vaclavik
12:21 16 Nov 22
Recently dealt with Christine at David Sklar & Assoc. and worked out a Consumer Proposal to put forth to my creditors for my Credit Card debt. She was very courteous, professional and put me at ease with a proposal that I can afford on a monthly basis, which will eliminate my debit in a reasonable timeframe. I would recommend Christine and this firm in a heartbeat. Very happy with the service and attention I got !!
Patrick Kovanchak
01:59 15 Nov 22
Excellent customer service. Special thanks to Olga for being prompt and helpful. She’s a star. Bibi is helpful as well. Great agency to work with.
Fady Tadros
19:28 14 Nov 22
After seeing your commercial play on CP24, I realized that it addressed all the questions and concerns I had about my financial situation. It all started with my one phone call to your office. I had the extreme pleasure of working with Cori Naron at your St. Clair West office in September 2022. She took the time to explain what my options were knowing that it was a very stressful situation with my debt load. She made me feel at ease with my decision to file a consumer proposal and outlined the benefits to me. She is thorough and her attention to detail is outstanding. While it takes a little while to reap the benefits of making this hard decision, she took the time to reassure me that it was in my best financial interest. Well done David Sklar & Associates for having such an amazing representative at your company and for allowing me to "get a fresh start"!
David
14:31 14 Nov 22
Very highly perfection individual, well executed and greatly knowledgeable in his work, which guided me me the right decisions making opportunities. Thank you.Sincerely, Peter Romasz
Peter Romasz
20:18 13 Nov 22
Trina Powell was very helpful and made the process very easy. Thanks again for all your help.
Jennifer Hager
17:59 06 Nov 22
Jerry is a caring, trustful, knowledgeable and competent Sklar associate. He understood my needs and quickly went to work on my behalf. Ever indebted to David Sklar and Associates and especially to Jerry for his professionalism and caring approach.
David Craig
19:31 31 Oct 22
Jerry Janiec is very knowledgeable and very helpful everything he explained to me was straightforward and very easy to understand. I'm very pleased to be working with Jerry to become debt free. I will definitely be recommending to any friends or colleagues your services.Thank you again for helping me get on the road to be debt free. 5 Stars is well deserved.
Christopher Rakobowchuk
17:41 27 Oct 22
Hi there! I am very glad to met this company, especially Jackie Stanley. Thanks for her great work and help me to save my money! Very appreciable!
Mehri Agil
02:43 26 Oct 22
PrevPrevious PostCredit Counselling – Finding A ‘New Normal’
Next PostSmart Shopping – Free is FreeNext