Understanding Section 136 of the Bankruptcy and Insolvency Act 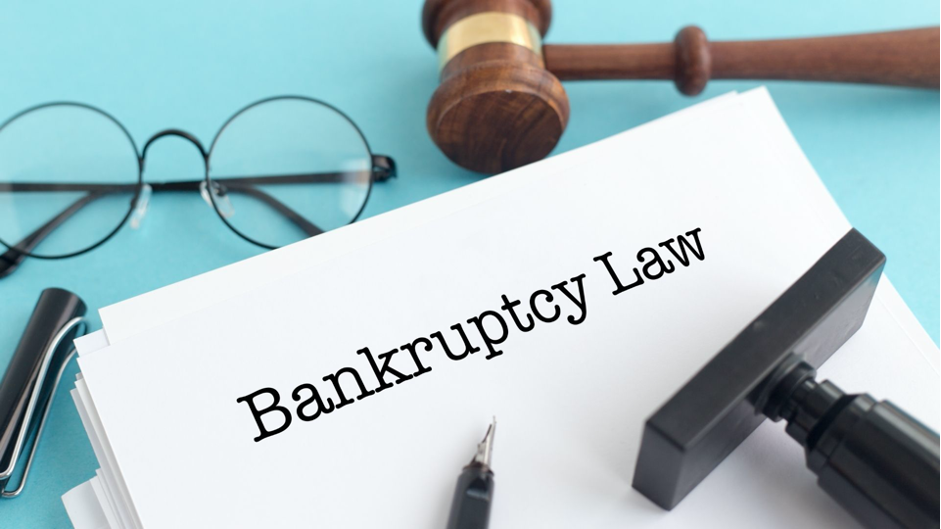 When filing for bankruptcy in Ontario, it is essential to understand your rights and the legal nuances that come with the bankruptcy process.

The Bankruptcy Insolvency Act outlines all of the legalities that surround bankruptcy in Ontario. Section 136 of the Act, in particular, outlines the priority levels of repayment after liquidating a debtor’s assets.

The Insolvency Trustees at David Sklar & Associates work with you to help you weigh your options for debt relief. Whether you opt for a consumer proposal or bankruptcy, our trustees can help ensure that you are adequately prepared and on the right track to financial freedom.

If you determine that filing for bankruptcy is the best option for you, David Sklar & Associates is prepared to provide you with the support you need. We ensure that you are adequately educated and prepared for your chosen path.

What Is the Bankruptcy and Insolvency Act?

The Bankruptcy and Insolvency Act (BIA) was enacted in 1985 and is still the most important set of statutes governing bankruptcy in Canada. The Act outlines all the legalities involved when a consumer or commercial entity experiences insolvency.

The Bankruptcy and Insolvency Act in Ontario identifies creditors’ and debtors’ rights and defines what both are entitled to in a bankruptcy. It outlines which assets can, and cannot, be collected and liquidated for redistribution among creditors.

What Does the Bankruptcy and Insolvency Act Seek to Achieve?

Before the Bankruptcy and Insolvency Act was passed, Canada’s bankruptcy procedures followed a confusing and complicated set of processes dictated by various laws. Many of which differed from province to province. BIA sought to remedy this by defining key terms and institutions on a nationwide basis.

Section 71 of the Bankruptcy and Insolvency Act (BIA)

Section 71 of the Bankruptcy and Insolvency Act in Ontario states that, when a debtor is bankrupt, a Licensed Insolvency Trustee must receive all of their assets not exempt from bankruptcy. The trustee must distribute the asset’s value to the appropriate creditors. It is important to note, however, that the priority of repayment for these creditors will differ.

Section 136 of the Bankruptcy and Insolvency Act

Section 136 of the Bankruptcy and Insolvency Act is particularly critical in bankruptcy law. The section codifies at a national level who can expect repayment from a bankrupt individual and in what order. At a high level, It outlines priorities and distinctions that are essential for the bankruptcy process:

The Distinction Between Secured & Unsecured Creditors

The BIA rules a secured creditor as anyone who holds a mortgage, pledge, or lien “on or against the property of the debtor or any part of that property as security for a debt due.”

The Bankruptcy and Insolvency Act rules that a secured creditor has an explicit right to the debtor’s property in case of default. If the debtor-creditor agreement confers no such right upon the creditor, he is said to be an unsecured creditor.

Section 136 of the Bankruptcy and Insolvency Act rules that the repayment priority of creditors in bankruptcy is as follows:

Please note that these priority rules apply to both declaring bankruptcy and filing consumer proposals in Canada. As such, the term bankruptcy can be substituted by proposal interchangeably.

As outlined in this section, the priority after secured creditors is reasonable funeral expenses if the debtor is deceased.

3. Costs Associated with the Administration of the Estate

The next priority goes to the costs associated with the administration of the estate. This includes any legal fees, the licensed insolvency trustee fees and disbursements.

The next priority is the levy payable to the Office of the Superintendent of Bankruptcy, who regulates Canada’s insolvency industry. This is similar to a tax which helps fund the insolvency system.

5. Any Employee of a Business Associated with the Bankrupted Individual

The next priority relates to certain employee wages not recovered as a deemed secured creditor under sections 81.3 or 81.4. This section limits claims to wages or disbursements incurred, and unpaid, for services rendered within six months of the bankruptcy date, and there is a cap of $2,000 per person for wages and $1,000 for disbursements of a travelling salesperson. There is also an allowance made for unpaid normal pre-filing pension contributions.

The next priority belongs to any secured creditors who had a portion of their security applied to wage and pension claims.

Next to be repaid are any periodic child or spousal support costs that have accrued in the twelve months immediately preceding the bankruptcy, plus any lump sum payments that may be payable as well.

Municipal tax arrears levied within two years of the bankruptcy that do not constitute a secured claim on real property of the insolvent are the next priority.

According to the Canadian Bankruptcy and Insolvency law, the next priority belongs to any commercial rent due to landlords in the three months preceding bankruptcy, and three months after bankruptcy for accelerated rent (if the lease stipulates) up to the realization of the assets found on the property under lease.

10. Bill of Costs: Garnishments & Execution Against the Property

The next priority is the bill of costs for the first creditor who first attached by way of garnishment or execution against the property of the bankrupt, to the extent of the realizations from that property.

Unsecured creditors who don’t have a defined priority outlined under the Ontario Bankruptcy and Insolvency Act law get repaid on what is called a pro-rata basis. This means that, after repaying secured and preferred creditors fully, any remaining proceeds get divided between the unsecured creditors based on the amount owed to each party.

While the terminology and exact protocol in Section 136 of the Bankruptcy and Insolvency Act can seem esoteric, its final effect is clear. Precedent goes to those with an explicit legal claim to a debtor’s assets, and it is much better to have a secured loan than an unsecured one.

These unsecured creditors’ priorities are to be applied uniformly under Canadian Bankruptcy and Insolvency Law across the country. No province may abridge or interfere with the process.

Filing for bankruptcy can be a daunting and stressful process. The Licensed Insolvency Trustees at David Sklar & Associates are compassionate and will walk you through the entire process to ensure you are taking the best path to financial freedom.

We will help you weigh your options between a consumer proposal vs. bankruptcy and will help you streamline the process to make sure paperwork and relevant applications and submissions are made correctly and on time.

In addition to providing consumer proposal and bankruptcy services, our trustees offer credit counselling services to help you build the skills you need to better budget and set yourself up for financial independence.

David Sklar & Associates has multiple locations across Ontario and is prepared to help ease your stresses at this overwhelming time. You can book a free consultation at your convenience.

Contact David Sklar
David Sklar & Associates Inc.
5.0
Based on 752 reviews
David Sklar & Associates Inc. – Consumer Proposals & Licensed Insolvency Trustees
5.0
Based on 752 reviews
Great experience i was in financial trouble and someone of my friends recommended this company. Cori is a wonderful and welcoming person she did a very good job and came up with a smooth and flexible monthly payment after the reduction. i highly recommend this company. Thank you David sklar and special thanks to Cori.❤️🙏🏻
Jasmine Joseph
22:08 13 Jan 23
Met up with Mr. Jason Sklar to discuss more in person, very thorough and clear. He is very kind and thoughtful, I will be referring anyone with the same situation to David Sklar & Associates.
Ariel Domingo
02:33 29 Dec 22
I was a reck talking yo Jason Sklar was easy comfortable he explained everything and put my mind at ease I would recommend the team od sklar to everyone. I have already talked to my ci workers about them
kevin mcweeney
01:13 22 Dec 22
The team at David Sklar & Associates is fantastic.I worked with Jerry whom not only made - what seemed like intimidating process to initiate at first - comfortable.He made everything transparent and took the time to explain the process every step of the way.He was kind, attentive, and professional. Everything was made straightforward and stress free and we found a solution together that worked.Thanks to Jerry and the team.
Jordie Angiolillo
18:22 21 Dec 22
From day one till the end which is today😁 DavidSklar gave me a 5star service and treatment. And I will 100% recommend him and his Associates. This is the best Christmas present ever! Thank you David! More business to come! Merry Christmas and a Happy New Year!!!
barbee diaz
16:37 16 Dec 22
I FOUND DAVID SKLAR & ASSOCIATES BY GOOGLING "BANKRUPTCY" (EARLY NOV. 2021). ON NOV.4, 2021 I HAD A MEETING WITH CORI NARON AT HER OFFICE AT ST CLAIR ANDBATHURST. HER POSITIVE APPROACH TURNED ASTRESSFUL SITUATION INTO A STEP BY STEP UNDERSTANDABLE PROCESSON SEPT. 23, 2022 I OBTAINED MY AUTOMATICDISCHARGE FROM BANKRUPTCY AND MY CERTIFICATE OFDISCHARGE.THANK YOU CORIBRUCE BURGESS
bruce burg
21:35 02 Dec 22
Jerry was wonderful and provided superb service. He is very knowledgeable, trustworthy, and made an intimidating and shame filled time in my life stress free. I hesitated for a long time to take the next step, but Jerry answered all questions, was patient and made the process effortless. I am eternally grateful, and highly recommend Jerry’s services.
M J
18:41 01 Dec 22
Jerry was professional and was easy to deal with
Debbie Asquith
00:09 29 Nov 22
I was quite nervous and a little embarrassed that I needed financial advice. I met with Jerry Janiec and he was very helpful. He made me feel comfortable and explained everything in easy to understand terms so that I understood what my options were. I would recommend David Sklar & Associates for anyone in my position.
Melissa Blackburn
19:53 17 Nov 22
I was fortunate enough to be referred to David Sklar & Associates Inc. by a family member. Now in the10th month of a Consumer Proposal process, I am very impressed with the organization, professionalism and impeccable customer representation that I have experienced. To this effect, I amparticularly thankful to Jerry Janiec and Rhoda Lewis for their excellent work.
Suzanna Vaclavik
12:21 16 Nov 22
PrevPrevious PostHow to repair your credit
Next PostResidential Property & Mortgage Rate VulnerabilityNext

How Long After Bankruptcy Can You Get a Mortgage in Canada?