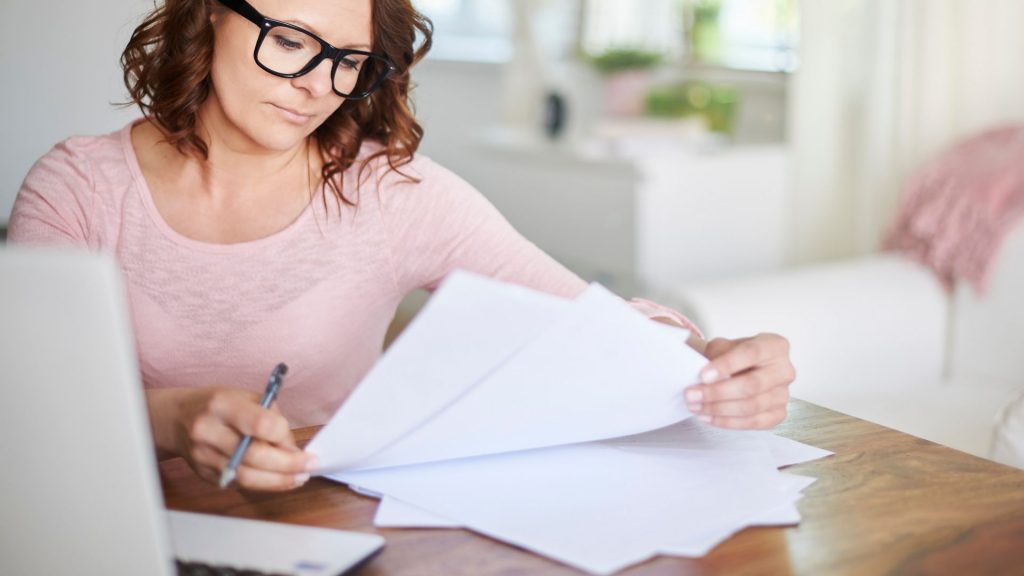 Freda (not her real name) had never imagined that at 68 she would be needing the services of a Bankruptcy Trustee. Having spent her entire life in the Greater Toronto Area, she had built what she thought was a good life with her husband, complete with a nice home and great kids. She had worked in retail for over 30 years (for the same department store), and had been looking forward to retirement.

When Freda turned 62 – her husband ended their marriage. In the ensuing divorce, Freda learned that he had been mismanaging their finances for years. Since Freda had totally relied on him to handle all the money matters, she had no idea how bad things were. Poor investments in risky stocks, uncollectable loans to ‘friends’, and refinancing mortgages that had all but eaten up the equity in their home, were just the beginning of the financial nightmare that Freda discovered she was in. At the end of divorce proceedings Freda was left with a car and $50,000 of debt ($20,000 in credit cards and $30,000 in an unsecured bank loan).

Moving to modest rental accommodations, and keeping her expenses to a minimum enabled Freda to pay down the $50,000 of debt to $25,000. By taking a part-time retail job after retirement at 65, Freda was able to continue to work on paying down the debt, but at 67 she was forced to give up that job due to poor health. Now living on a fixed net pension of $1,650/month Freda had tried to keep up with the $650 per month she was paying on the outstanding debt, but soon discovered she had to use her credit cards to buy food and medication.

Debt, Creeping Back Up

By age 68 her debt had crept back up to $28,000 and Freda had fallen behind in her credit card payments. Approaching her bank to see if she could get a consolidation loan to reduce her monthly payments she was denied. Despite her impeccable history of paying her bank loan, and a working relationship with the bank that went back decades, the bank told her she was not eligible for a consolidation loan because she was a pensioner on a fixed income. Contacting her two credit card companies in hopes of making some sort of reduction agreement – resulted in denials as well as demands for lump sum payments.

Defeated, stressed and feeling she had no other choice, Freda came to the offices of David Sklar & Associates to see about filing for Bankruptcy. During her initial consultation with Estate Administrator Richard Sklar, her finances were reviewed in detail. At that point in time she had credit card debts of $12,500; an unsecured bank loan of $15,500; and assets that consisted of a seven year old car which was owned outright.

An Alternative to Bankruptcy

After reassuring her that there was a way to reasonably fix her present problems, Richard reviewed her choices with her and explained Consumer Proposals in detail. Freda had not heard of this alternative to Bankruptcy, and was eager to have the opportunity of at least repaying some of her debt, staying out of Bankruptcy, and keeping her car. Working on her Proposal and establishing a reasonable monthly budget, it was determined that she could afford to pay $175/mo towards her unsecured debt – for a period of 60 months. Even before her Proposal was presented to her creditors, Freda began to experience a sense of empowerment and control and that had been missing in her life for many years. With Richard’s help, she had come to the realization that she had options.

Her creditors were presented with the Proposal which showed her financial situation clearly. When the Trustee recommended the creditors accept the Proposal because they would get nothing if Freda went into Bankruptcy, her offer was accepted.

Although Freda was pleased with the outcome of the Proposal, she wondered why her bank, who was the major creditor and had readily accepted the offer from the Trustee, had not listened to her when she had explained the situation to them in person.

As part of her Consumer Proposal, Freda was required to attend two financial consulting sessions. During these sessions she learned how to manage her money. After years of relying on her husband to take care of the finances, followed by years of hanging on by shear will power – Freda was pleased to be able to tell Richard that she had come to the point in her life where she had gained the knowledge and independence she needed to take control of her own life.

To protect our client’s privacy, aspects of this case study have been altered

David Sklar & Associates Inc.
5.0
Based on 752 reviews
David Sklar & Associates Inc. – Consumer Proposals & Licensed Insolvency Trustees
5.0
Based on 752 reviews
Great experience i was in financial trouble and someone of my friends recommended this company. Cori is a wonderful and welcoming person she did a very good job and came up with a smooth and flexible monthly payment after the reduction. i highly recommend this company. Thank you David sklar and special thanks to Cori.❤️🙏🏻
Jasmine Joseph
22:08 13 Jan 23
Met up with Mr. Jason Sklar to discuss more in person, very thorough and clear. He is very kind and thoughtful, I will be referring anyone with the same situation to David Sklar & Associates.
Ariel Domingo
02:33 29 Dec 22
I was a reck talking yo Jason Sklar was easy comfortable he explained everything and put my mind at ease I would recommend the team od sklar to everyone. I have already talked to my ci workers about them
kevin mcweeney
01:13 22 Dec 22
The team at David Sklar & Associates is fantastic.I worked with Jerry whom not only made - what seemed like intimidating process to initiate at first - comfortable.He made everything transparent and took the time to explain the process every step of the way.He was kind, attentive, and professional. Everything was made straightforward and stress free and we found a solution together that worked.Thanks to Jerry and the team.
Jordie Angiolillo
18:22 21 Dec 22
From day one till the end which is today😁 DavidSklar gave me a 5star service and treatment. And I will 100% recommend him and his Associates. This is the best Christmas present ever! Thank you David! More business to come! Merry Christmas and a Happy New Year!!!
barbee diaz
16:37 16 Dec 22
I FOUND DAVID SKLAR & ASSOCIATES BY GOOGLING "BANKRUPTCY" (EARLY NOV. 2021). ON NOV.4, 2021 I HAD A MEETING WITH CORI NARON AT HER OFFICE AT ST CLAIR ANDBATHURST. HER POSITIVE APPROACH TURNED ASTRESSFUL SITUATION INTO A STEP BY STEP UNDERSTANDABLE PROCESSON SEPT. 23, 2022 I OBTAINED MY AUTOMATICDISCHARGE FROM BANKRUPTCY AND MY CERTIFICATE OFDISCHARGE.THANK YOU CORIBRUCE BURGESS
bruce burg
21:35 02 Dec 22
Jerry was wonderful and provided superb service. He is very knowledgeable, trustworthy, and made an intimidating and shame filled time in my life stress free. I hesitated for a long time to take the next step, but Jerry answered all questions, was patient and made the process effortless. I am eternally grateful, and highly recommend Jerry’s services.
M J
18:41 01 Dec 22
Jerry was professional and was easy to deal with
Debbie Asquith
00:09 29 Nov 22
I was quite nervous and a little embarrassed that I needed financial advice. I met with Jerry Janiec and he was very helpful. He made me feel comfortable and explained everything in easy to understand terms so that I understood what my options were. I would recommend David Sklar & Associates for anyone in my position.
Melissa Blackburn
19:53 17 Nov 22
I was fortunate enough to be referred to David Sklar & Associates Inc. by a family member. Now in the10th month of a Consumer Proposal process, I am very impressed with the organization, professionalism and impeccable customer representation that I have experienced. To this effect, I amparticularly thankful to Jerry Janiec and Rhoda Lewis for their excellent work.
Suzanna Vaclavik
12:21 16 Nov 22
PrevPrevious PostPaul & Nancy: Stop Aggressive Bill Collectors
Next PostStan & Michel: A Consumer Proposal for DebtNext