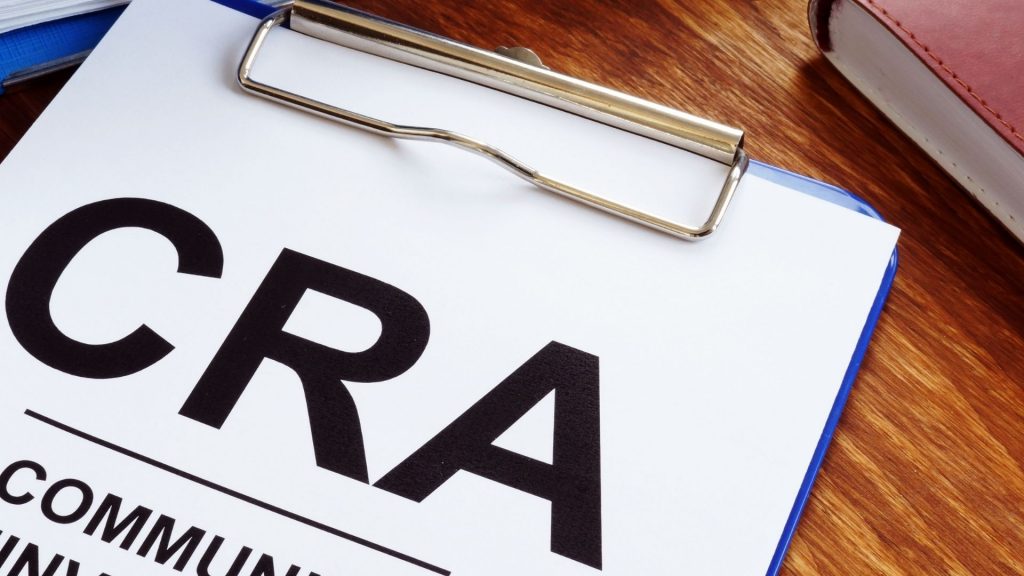 Owing money to the CRA (Canada Revenue Agency) can be stressful. There are many ways you can wind up with tax debt in Canada, such as not filing your personal income tax returns, failing to pay taxes on business income, HST payments for the self-employed, or inadequate payroll deductions from your employer if you work multiple jobs. The good news is there are options that can provide tax debt relief in Canada, such as personal bankruptcy and consumer proposals.

When you owe the CRA money, they charge penalties and interest on unpaid amounts. There is a late filing penalty of 5% plus 1% of your balance owing each month, and the penalty increases if you repeatedly fail to report income. Once you start owing money, it starts to grow, and there’s no hiding from it.

If you’re afraid that you are going to owe the government money, don’t delay filing your taxes. You will only incur harsher penalties and wind up owing more in the end.

Can the Canada Revenu Agency Garnish my wages?

The Canada Revenue Agency can garnish your wages, seize your bank accounts, or even register a lien on your home. Given the broad collection powers available to the agency, the sooner you can act on CRA debt, the better. Fortunately, filing bankruptcy or a consumer proposal can stop CRA collection actions.

A common question we hear at David Sklar & Associates is “does bankruptcy eliminate tax debt in Canada?” When you declare bankruptcy in Canada, you can include tax debt, but it’s not the only way to fix the problem! A consumer proposal provides debt relief from unsecured creditors and includes debt forgiveness from CRA as well.

The Impact of Filing Personal Bankruptcy

Filing for bankruptcy will have major repercussions on the rest of your finances. It will discharge you from unsecured debts, which include credit cards, payday loans, amounts owing to utility companies, student loans under certain circumstances, and tax debt.

The downside is that you will have to sell any non-exempt assets you own to pay off your creditors, as well as 50% of any surplus income over a certain threshold.

Bankruptcy will provide tax debt relief, but it will come at a cost. Some of the assets that could be liquidated if you declare bankruptcy include:

In addition to surrendering assets, you will also have to make surplus income payments for 21 months until you are finally discharged from your debts. Surplus income payments are 50% of any net income earned above a certain threshold that depends on the size of your family. It should give you enough to live, but the payments can be considerable depending on your income.

If you owe money to the CRA, bankruptcy will eliminate those debts, but these are all factors to consider. Talk to an insolvency trustee about your options.

Before 1992, the Canada Revenue Agency was considered a preferred creditor in the Bankruptcy and Insolvency Act, and it could use this status to oppose a debtor’s discharge from income tax debt.

Since 1992, it has been listed as an ordinary unsecured creditor on the same level as any bank, credit card company, or other lenders. CRA debt can now be discharged unopposed.

There are some exceptions to this rule, including those who owe over $200,000 in taxes, and that number represents more than 75% of their proven debts. Otherwise, as a general rule, if you owe Revenue Canada money, filing Personal Bankruptcy or a Consumer Proposal can help.

Does filing a Consumer Proposal Eliminate Tax Debt in Canada?

A consumer proposal is a popular alternative to bankruptcy because it provides debt relief from unsecured creditors, including debt forgiveness from CRA. When you file a consumer proposal with a licensed insolvency trustee you are not required to sell any of your assets to repay your debts or pay any surplus income.

To start the consumer proposal process, you will first need to schedule a consultation with a licensed insolvency trustee where you will review your finances. After reviewing your income, expenses, and total debts, the two of you will find a fair amount that you can pay each month to all of your creditors. These payments can last up to five years after which, you will be discharged from all debts covered by the proposal, including CRA debts.

Tax debt in Canada can be included in a consumer proposal and the CRA will often accept less than your full amount owing, though how much they will settle for will depend on the situation. In order to get the CRA to accept your proposal, you will have to file any and all outstanding tax returns. If you want CRA debt relief and 50% or more of your total unsecured debts are owed to the agency, you will have to get them to accept the proposal.

With a consumer proposal, you are making an offer of a reduced sum of money that you owe on your taxes. The CRA, in this case, would need to accept the proposal, and if accepted, once you have completed the proposal, the CRA debt will be forgiven. With any insolvency proceeding, it is important that you’ve filed all of your taxes so that the CRA can properly assess what you owe.

What Else Can I Do If I Owe the CRA Money?

While CRA debt forgiveness through insolvency will provide the most relief and eliminate a considerable portion of what you owe, there are reasons you may not want to pursue them. Under most circumstances, there is no reason for your employer to know that you have filed for bankruptcy, but if you work in certain professions that require you to have a security clearance, responsibility for an organization’s or client’s finances, or if you work in a bonded profession, you may not be able to file bankruptcy. Bankruptcy and consumer proposals will also both appear on your credit report for several years after you have been discharged, which can make it harder to qualify for another loan down the line.

This is where it can become difficult. Sometimes debt consolidation loans offer lower initial interest rates that increase after a year if the balance hasn’t paid off. It can also be harder to negotiate with another lender than the CRA, which offers ways to negotiate payment plans outside of debt relief.

If you are having CRA debt issues, speaking with a licensed insolvency trustee to help review your options is the first step. They can see what the best solution is for you, which may include a consumer proposal or a bankruptcy. When successfully entering into either a bankruptcy or a consumer proposal, this stops any further actions against you by the CRA.

If you owe the CRA money, dealing with CRA tax debt should be your top priority. Not only can the agency use widespread collection actions, but it can also withhold GST and Child Tax credits or even remove money from your bank account – leaving you out of luck when it comes to meeting other obligations like mortgage payments.

Don’t delay if you find yourself in tax debt. There is a solution to all types of debt.

If you live in the GTA, book a free consultation with the caring professionals at David Sklar & Associates. We are here to help assist you in making the best decision for you.

David Sklar & Associates Inc.
5.0
Based on 774 reviews
David Sklar & Associates Inc. – Consumer Proposals & Licensed Insolvency Trustees
5.0
Based on 774 reviews
Jerry was professional and was easy to deal with
Debbie Asquith
00:09 29 Nov 22
I was quite nervous and a little embarrassed that I needed financial advice. I met with Jerry Janiec and he was very helpful. He made me feel comfortable and explained everything in easy to understand terms so that I understood what my options were. I would recommend David Sklar & Associates for anyone in my position.
Melissa Blackburn
19:53 17 Nov 22
I was fortunate enough to be referred to David Sklar & Associates Inc. by a family member. Now in the10th month of a Consumer Proposal process, I am very impressed with the organization, professionalism and impeccable customer representation that I have experienced. To this effect, I amparticularly thankful to Jerry Janiec and Rhoda Lewis for their excellent work.
Suzanna Vaclavik
12:21 16 Nov 22
Recently dealt with Christine at David Sklar & Assoc. and worked out a Consumer Proposal to put forth to my creditors for my Credit Card debt. She was very courteous, professional and put me at ease with a proposal that I can afford on a monthly basis, which will eliminate my debit in a reasonable timeframe. I would recommend Christine and this firm in a heartbeat. Very happy with the service and attention I got !!
Patrick Kovanchak
01:59 15 Nov 22
Excellent customer service. Special thanks to Olga for being prompt and helpful. She’s a star. Bibi is helpful as well. Great agency to work with.
Fady Tadros
19:28 14 Nov 22
After seeing your commercial play on CP24, I realized that it addressed all the questions and concerns I had about my financial situation. It all started with my one phone call to your office. I had the extreme pleasure of working with Cori Naron at your St. Clair West office in September 2022. She took the time to explain what my options were knowing that it was a very stressful situation with my debt load. She made me feel at ease with my decision to file a consumer proposal and outlined the benefits to me. She is thorough and her attention to detail is outstanding. While it takes a little while to reap the benefits of making this hard decision, she took the time to reassure me that it was in my best financial interest. Well done David Sklar & Associates for having such an amazing representative at your company and for allowing me to "get a fresh start"!
David
14:31 14 Nov 22
Very highly perfection individual, well executed and greatly knowledgeable in his work, which guided me me the right decisions making opportunities. Thank you.Sincerely, Peter Romasz
Peter Romasz
20:18 13 Nov 22
Trina Powell was very helpful and made the process very easy. Thanks again for all your help.
Jennifer Hager
17:59 06 Nov 22
Jerry is a caring, trustful, knowledgeable and competent Sklar associate. He understood my needs and quickly went to work on my behalf. Ever indebted to David Sklar and Associates and especially to Jerry for his professionalism and caring approach.
David Craig
19:31 31 Oct 22
Jerry Janiec is very knowledgeable and very helpful everything he explained to me was straightforward and very easy to understand. I'm very pleased to be working with Jerry to become debt free. I will definitely be recommending to any friends or colleagues your services.Thank you again for helping me get on the road to be debt free. 5 Stars is well deserved.
Christopher Rakobowchuk
17:41 27 Oct 22
PrevPrevious PostYour Guide to Bad Credit Car Loans in Canada
Next PostWhat Is a Trigger Rate – and How Does It Impact Your Mortgage?Next