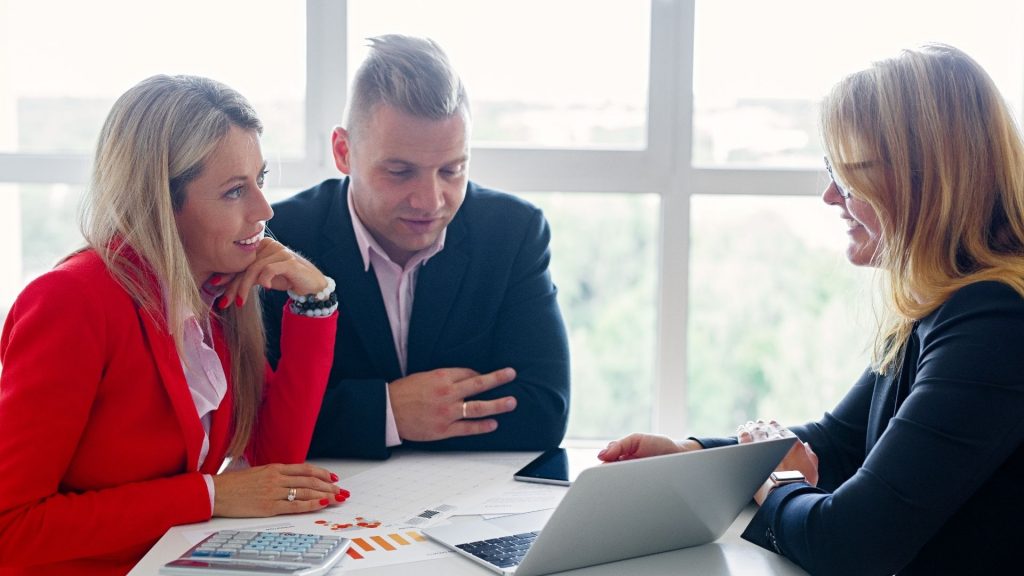 Paul (not his real name) was a successful Computer Hardware Engineer who had been working at a leading technology company for over 10 years. Earning over $85,000 per year, Paul was able to provide the ‘good life’ in Toronto for his wife Nancy (not her real name) and their three children with a nice home near excellent schools, organized sports for the kids, frequent family holidays, and Nancy’s ability to be a stay-at-home Mom.

Unfortunately, Paul’s company was closed down when a prolonged drop in the market for their specialized products pushed the company into bankruptcy. As a result of his specialization and an industry-wide glut of professionals with the same qualifications – it took Paul nearly two years to find a new job. His new job paid less than half of what his old job had been paying, but it offered an opportunity to move forward and increase his income in the future.

During the two years that Paul was out of work, Nancy had been able to find a part-time job working in a nearby day care – but their income was still far below their needs. As a result, they used credit to keep their household going. By the time Paul began his new job, they had run up their six credit cards to $32,000 and maxed out their bank line of credit at $38,000.

To make matters harder, Paul had been unable to make payments on several of his credit cards and a judgment placing a garnishment (aka garnishee) on his wages was put in place. Creditors began calling him at work with such frequency that his Manager had spoken to him about the calls. In near panic mode, Paul realized that if something wasn’t done to fix his financial problems, his performance at work would deteriorate and he might lose his new job.

When Paul and Nancy came to David Sklar & Associates they had – $32,000 in credit card debt, a $38,000 bank line of credit debt, and $2,200 owing on a Payday Loan. Their home was carrying a high mortgage and only had $6,500 in equity, their car was 9 years old with a very low resale value, and their combined net income was $3,850/month (Nancy continued to work part-time earning a net monthly income of $750 after Paul began his new job).

At their initial consultation, Jason Sklar (their Estate Administrator) reviewed Paul and Nancy’s current financial situation with the couple. It was evident that Paul was very worried about the effect that the garnishment and collection calls were having in his work place. Jason discussed their options with them – and they were very pleased to learn that a Consumer Proposal could (if accepted by the unsecured creditors) result in their:

Paul was also very pleased to hear that if their income increased during the time the Proposal was in place, that it would not affect or change the agreement.

Paul and Nancy worked together with their Trustee to create a Consumer Proposal, and a budget for the family. Because Paul and Nancy wanted to keep their home and the creditors would be looking to for a Proposal that offered more than a Bankruptcy would, they accounted for the $6,500 home equity in the amount they offered. At the Trustee’s recommendation, the creditors accepted the Proposal. The Proposal was set up for monthly payments of $650 to be made to David Sklar & Associates for disbursement to the creditors – and was to run for a period of 60 months.

With the garnishment lifted and the collection calls stopped, Paul was better able to focus on his new job and within a few months he received his first salary increase.

One of the duties that Paul and Nancy accepted under the Proposal was to attend two financial counselling sessions. During their first session, Nancy had some news for Jason. She explained that all three of her children were in their teens when she first started working outside the house and everyone had managed quite well. So, the whole family had agreed to her working full-time at the day care to pay down the Proposal faster – and had also agreed to help out more around the house. Paul expressed his surprise at how agreeable and almost eager the kids had been to help the family through this challenge. Although he would still rather that he had not lost his job in the first place – it appeared that as a result, the family was closer and stronger than it had ever been.

With Paul’s increasing wages and Nancy’s improved income, they were able to complete their Proposal in 36 months rather than in 60. They were discharged totally from their unsecured debts and began their ‘fresh start’ – with their new understanding that the ‘good life’ is when families pull together.

David Sklar & Associates Inc.
5.0
Based on 752 reviews
David Sklar & Associates Inc. – Consumer Proposals & Licensed Insolvency Trustees
5.0
Based on 752 reviews
Great experience i was in financial trouble and someone of my friends recommended this company. Cori is a wonderful and welcoming person she did a very good job and came up with a smooth and flexible monthly payment after the reduction. i highly recommend this company. Thank you David sklar and special thanks to Cori.❤️🙏🏻
Jasmine Joseph
22:08 13 Jan 23
Met up with Mr. Jason Sklar to discuss more in person, very thorough and clear. He is very kind and thoughtful, I will be referring anyone with the same situation to David Sklar & Associates.
Ariel Domingo
02:33 29 Dec 22
I was a reck talking yo Jason Sklar was easy comfortable he explained everything and put my mind at ease I would recommend the team od sklar to everyone. I have already talked to my ci workers about them
kevin mcweeney
01:13 22 Dec 22
The team at David Sklar & Associates is fantastic.I worked with Jerry whom not only made - what seemed like intimidating process to initiate at first - comfortable.He made everything transparent and took the time to explain the process every step of the way.He was kind, attentive, and professional. Everything was made straightforward and stress free and we found a solution together that worked.Thanks to Jerry and the team.
Jordie Angiolillo
18:22 21 Dec 22
From day one till the end which is today😁 DavidSklar gave me a 5star service and treatment. And I will 100% recommend him and his Associates. This is the best Christmas present ever! Thank you David! More business to come! Merry Christmas and a Happy New Year!!!
barbee diaz
16:37 16 Dec 22
I FOUND DAVID SKLAR & ASSOCIATES BY GOOGLING "BANKRUPTCY" (EARLY NOV. 2021). ON NOV.4, 2021 I HAD A MEETING WITH CORI NARON AT HER OFFICE AT ST CLAIR ANDBATHURST. HER POSITIVE APPROACH TURNED ASTRESSFUL SITUATION INTO A STEP BY STEP UNDERSTANDABLE PROCESSON SEPT. 23, 2022 I OBTAINED MY AUTOMATICDISCHARGE FROM BANKRUPTCY AND MY CERTIFICATE OFDISCHARGE.THANK YOU CORIBRUCE BURGESS
bruce burg
21:35 02 Dec 22
Jerry was wonderful and provided superb service. He is very knowledgeable, trustworthy, and made an intimidating and shame filled time in my life stress free. I hesitated for a long time to take the next step, but Jerry answered all questions, was patient and made the process effortless. I am eternally grateful, and highly recommend Jerry’s services.
M J
18:41 01 Dec 22
Jerry was professional and was easy to deal with
Debbie Asquith
00:09 29 Nov 22
I was quite nervous and a little embarrassed that I needed financial advice. I met with Jerry Janiec and he was very helpful. He made me feel comfortable and explained everything in easy to understand terms so that I understood what my options were. I would recommend David Sklar & Associates for anyone in my position.
Melissa Blackburn
19:53 17 Nov 22
I was fortunate enough to be referred to David Sklar & Associates Inc. by a family member. Now in the10th month of a Consumer Proposal process, I am very impressed with the organization, professionalism and impeccable customer representation that I have experienced. To this effect, I amparticularly thankful to Jerry Janiec and Rhoda Lewis for their excellent work.
Suzanna Vaclavik
12:21 16 Nov 22
PrevPrevious PostParmenia: Gaining Control, Consumer Proposal in Scarborough
Next PostFreda: Managing Excessive Debt on a Fixed IncomeNext