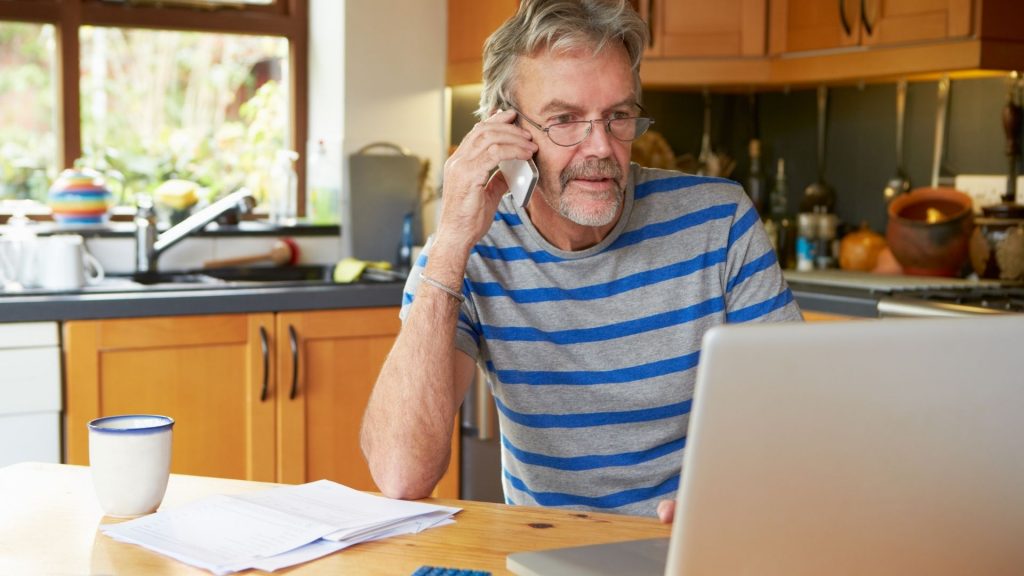 Over the years, Doug (not his real name) had worked hard to build his business, and had established himself as a leading tradesman in the Greater Toronto Area.

All four of his children went on to university and became successful professionals. While this was a great source of pride for Doug, it also meant that none of his children came into the business with him.

At 58, Doug had his first heart attack. He was able to be back at work within 7 weeks, but he was not able to keep up his old pace. Forced to use subcontractors who were not up to his standards, Doug’s clients began to complain. For the first time, Doug found that his business was not making money. The cost of subcontractors, disputes for payment with his customers, and his own inability to stay on top of everything – was driving him out of business.

For the next four years, Doug struggled to keep the business going – using up his savings, maxing out his credit cards, and taking out personal loans – till his heart gave out and he had his second major heart attack.

This time, it was several months before he was able to return to work. During which, his business slipped further into chaos, and when Doug returned to work – he found a situation that was unimaginable. Not only was he heavily in debt – his income tax and GST payments had not been made for years, and the Canada Revenue Agency (CRA) had levied high penalties and interest charges on him (his business was a sole proprietorship). Doug tried to deal with the CRA, get his receipts in order, and keep his business going – but he was not up to the physical demands. Finally, the CRA put a freeze “Lien” on his business bank accounts. Doug was now forced to file for a Proposal or for Bankruptcy to get the lien lifted.

Marva Brooks, CIRP – Trustee is a senior member of David Sklar and Associates who frequently handles complex Corporate and Consumer insolvencies. Despite the complexity of the cases she handles, Marva is always able to see the human element and Doug’s situation was no exception.

When Doug first met with Marva, the stress of the situation was clearly taking a toll on his already fragile health.

He had some bankruptcy-exempt assets – life insurance, tools of trade, and a leased vehicle with minimal equity.

The only non-exempt asset he had was his modest home which was valued at $250,000, and which was jointly owned by his wife.

Marva explained that due to the size of his debt, he would most likely not be successful in a Division I Proposal to his creditors. If he decided to go into Bankruptcy, the value of his share in the home, $125,000 (50% of $250,000) would have to be paid into his Bankruptcy estate for disbursal to his creditors.

If Doug did not want to sell his home, he would have to consider getting a $125,000 mortgage on the home – which would most likely require a co-signer. After discussing it with his family, Doug’s wife agreed to the mortgage and his oldest son agreed to co-sign the loan.

Marva then obtained prior approval from the Canada Revenue Agency for this course of action. The CRA agreed, as there were no other assets.

It was very difficult for Doug to obtain the mortgage due to his bankruptcy, however we was finally able to secure financing which was placed into his Bankruptcy estate for disbursal.

Since there was no surplus income, his Bankruptcy was completed in nine months and he was discharged from his unsecured debts.

Although he was not able to have the retirement he had planned on, Doug was out from under the pressure of his unpaid debts to creditors and the CRA.

David Sklar & Associates Inc.
5.0
Based on 752 reviews
David Sklar & Associates Inc. – Consumer Proposals & Licensed Insolvency Trustees
5.0
Based on 752 reviews
Great experience i was in financial trouble and someone of my friends recommended this company. Cori is a wonderful and welcoming person she did a very good job and came up with a smooth and flexible monthly payment after the reduction. i highly recommend this company. Thank you David sklar and special thanks to Cori.❤️🙏🏻
Jasmine Joseph
22:08 13 Jan 23
Met up with Mr. Jason Sklar to discuss more in person, very thorough and clear. He is very kind and thoughtful, I will be referring anyone with the same situation to David Sklar & Associates.
Ariel Domingo
02:33 29 Dec 22
I was a reck talking yo Jason Sklar was easy comfortable he explained everything and put my mind at ease I would recommend the team od sklar to everyone. I have already talked to my ci workers about them
kevin mcweeney
01:13 22 Dec 22
The team at David Sklar & Associates is fantastic.I worked with Jerry whom not only made - what seemed like intimidating process to initiate at first - comfortable.He made everything transparent and took the time to explain the process every step of the way.He was kind, attentive, and professional. Everything was made straightforward and stress free and we found a solution together that worked.Thanks to Jerry and the team.
Jordie Angiolillo
18:22 21 Dec 22
From day one till the end which is today😁 DavidSklar gave me a 5star service and treatment. And I will 100% recommend him and his Associates. This is the best Christmas present ever! Thank you David! More business to come! Merry Christmas and a Happy New Year!!!
barbee diaz
16:37 16 Dec 22
I FOUND DAVID SKLAR & ASSOCIATES BY GOOGLING "BANKRUPTCY" (EARLY NOV. 2021). ON NOV.4, 2021 I HAD A MEETING WITH CORI NARON AT HER OFFICE AT ST CLAIR ANDBATHURST. HER POSITIVE APPROACH TURNED ASTRESSFUL SITUATION INTO A STEP BY STEP UNDERSTANDABLE PROCESSON SEPT. 23, 2022 I OBTAINED MY AUTOMATICDISCHARGE FROM BANKRUPTCY AND MY CERTIFICATE OFDISCHARGE.THANK YOU CORIBRUCE BURGESS
bruce burg
21:35 02 Dec 22
Jerry was wonderful and provided superb service. He is very knowledgeable, trustworthy, and made an intimidating and shame filled time in my life stress free. I hesitated for a long time to take the next step, but Jerry answered all questions, was patient and made the process effortless. I am eternally grateful, and highly recommend Jerry’s services.
M J
18:41 01 Dec 22
Jerry was professional and was easy to deal with
Debbie Asquith
00:09 29 Nov 22
I was quite nervous and a little embarrassed that I needed financial advice. I met with Jerry Janiec and he was very helpful. He made me feel comfortable and explained everything in easy to understand terms so that I understood what my options were. I would recommend David Sklar & Associates for anyone in my position.
Melissa Blackburn
19:53 17 Nov 22
I was fortunate enough to be referred to David Sklar & Associates Inc. by a family member. Now in the10th month of a Consumer Proposal process, I am very impressed with the organization, professionalism and impeccable customer representation that I have experienced. To this effect, I amparticularly thankful to Jerry Janiec and Rhoda Lewis for their excellent work.
Suzanna Vaclavik
12:21 16 Nov 22
PrevPrevious PostSteve: Unsecured Debt Bankruptcy
Next PostErica: Personal Bankruptcy in MississaugaNext